Oslo, Norway, 23.07.2011. Workers are mounting new windows in a shopping mall close to where the bomb went off. The writing on the window reads "happiness is giving". The morning in Oslo was dedicated to cleaning up shattered glass all over the city. Oslo awakes to shocking messages of the total bodycount after yesterdays massacre. A total of 91 persons were killed in the massacre in Utøya right outside Oslo. Seven of those died when a car bomb was detonated outside the main government biuilding in the heart of Oslo, friday 22. of July. Foto: Christopher Olssøn. 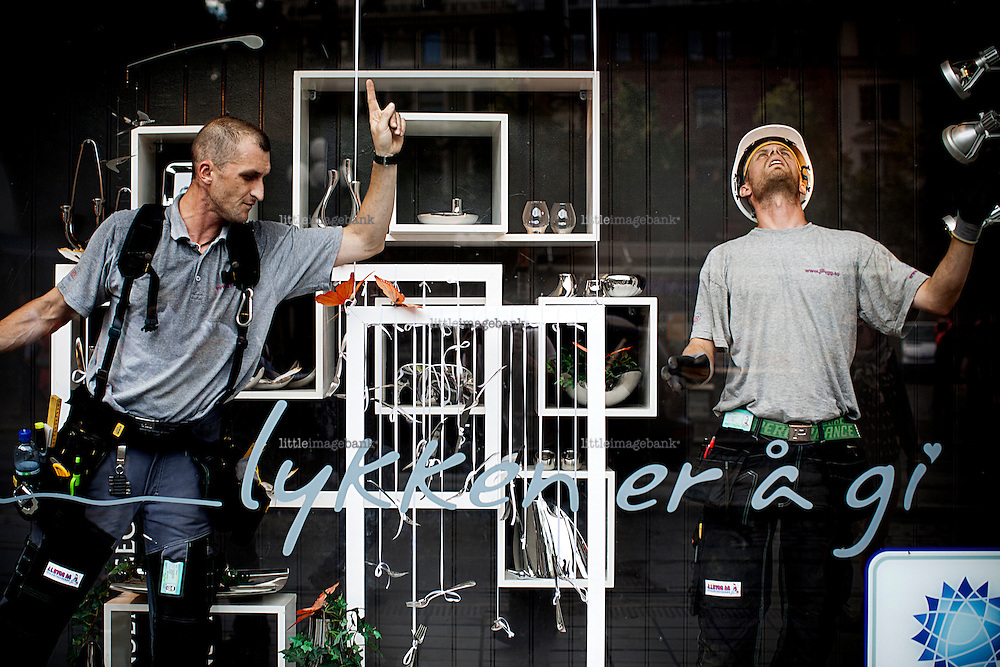