Undisclosed Location. 20.04.2014. Carmine Schiavone, a former head of the Casalesi clan (part of the Camorra criminal syndicate). Photographed in his home in Italy. Schiavone was a key witness in the Spartacus trial, which saw the heaviest penalties ever for organised crime with a total of 700 years of imprisonment. Over the course of the initial trial and the appeal, five people involved in the case were murdered, including a court interpreter. A judge and two journalists were threatened with death. In all, 115 people were prosecuted, 27 life sentences, plus 750 years in prison were handed out to the defendants. Schiavone died on february 22nd 2015. Photo: Christopher Olssøn. 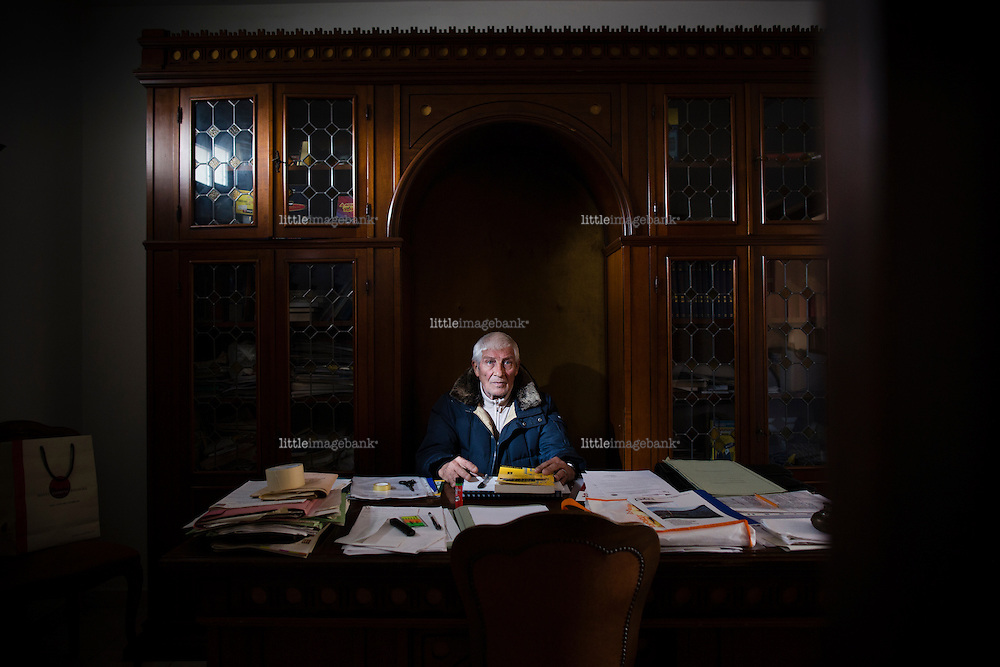