Oslo, Norway, 23.07.2011. A note in is placed on the ground with flowers and candles. The note reads: "For the King and the Nation. We will not be pressured". Oslo awakes to shocking messages of the total bodycount after yesterdays massacre. A total of 91 persons were killed in the massacre in Utøya right outside Oslo. Seven of those died when a car bomb was detonated outside the main government biuilding in the heart of Oslo, friday 22. of July. Foto: Christopher Olssøn. 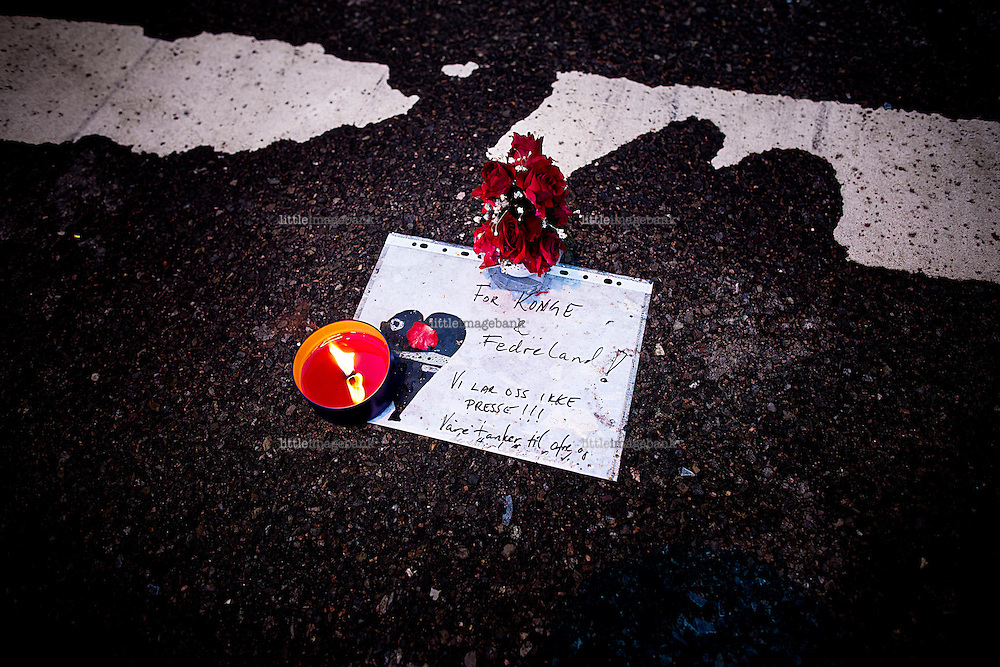