A wall mounted clock stands in the remains of a house in Onna. The clock has stopped on the exact time of the impact of the earthquake. On April the 6th 2009 at 3.32 a.m, a powerful earthquake struck a huge part of the Abruzzo region of central Italy killing 295 people. The dead were mainly in L'Aquila, a 13th century mountain city about 100 miles east of Rome that has a population of 80,000, and surrounding villages. This photodocumentary follows life in a small village outside L'Aqulia that lost 1/3 of its population in the quake. Onna was completely destroyed by the quake, and left the every single citizen to live in army tents outside the village. Photo: Christopher Olssøn 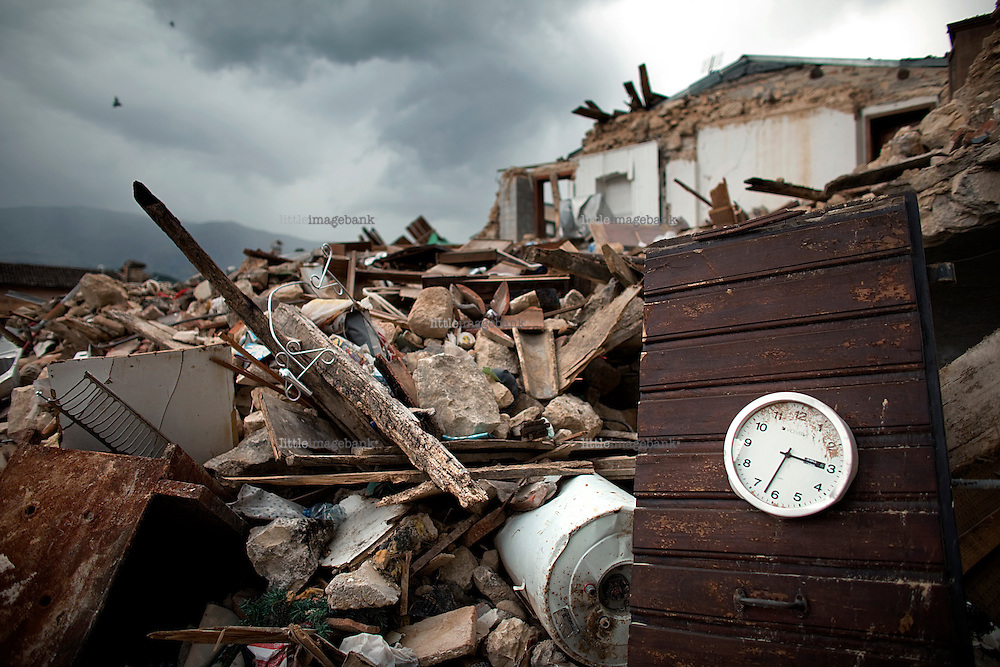