A man sits in a closed courtyard eating his daily meal. According to the United Nations Development Programme (UNDP), Sierra Leone is one of the poorest nations on the face of earth. Recently it saw the end of a decade of civil-war, that caused an extreme suffering for the population. Tens of thousands became victims of armed forces on amphetamine, that cut limbs for fun, child soldiers armed to the teeth with Kalashnikows. An entire population was driven away from their homes and the infrastructure was completely destroyed. Today thanks to some 15.000 soldiers from the UN-AMSIL peacekeeping force, order is restored and dailylife is again more or less as it once was. Many of those who saw the horrors of the war can manage to move on with their lives, many cant manage.
Kissy Mental Hospital is located on a small hilltop on the north part of the capitol Freetown in a small suburbia named Kissy, The hospital compound was constructed in the mid 1800s under the bristish colonny empire. It has served several different purposes in the past, today it serves as the only institution for individuals suffering from mental illness in the whole country.
The chief nurse tells that few turns back to narmality, some of the young boys are examples of success. He admits that its not the easiest place to become sane, rather a place that makes you insane. 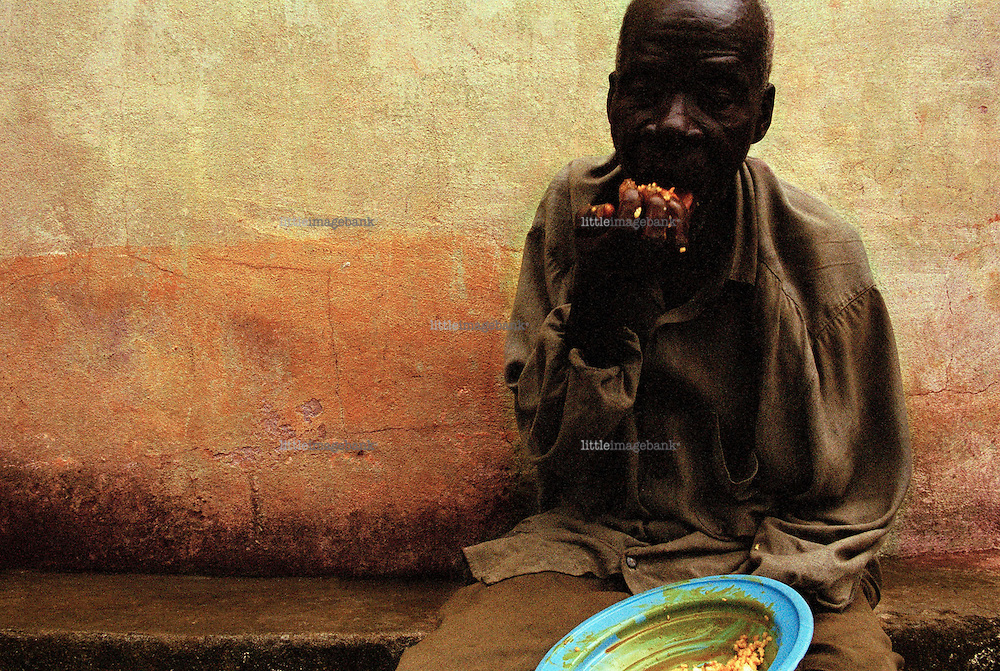